Kelechi Iheanacho scored the equaliser for Leicester as they held Aston Villa 1-1 in the first leg of their Carabao Cup semi-final on Wednesday night.

Frederic Guilbert had given Villa a surprise first-half lead at the King Power Stadium, but Iheanacho hit back in the second half for Leicester.

The former Manchester City striker’s goal leaves the tie on a knife edge until the second leg at Villa Park on Tuesday, January 28 – which will be live on Sky Sports Football. 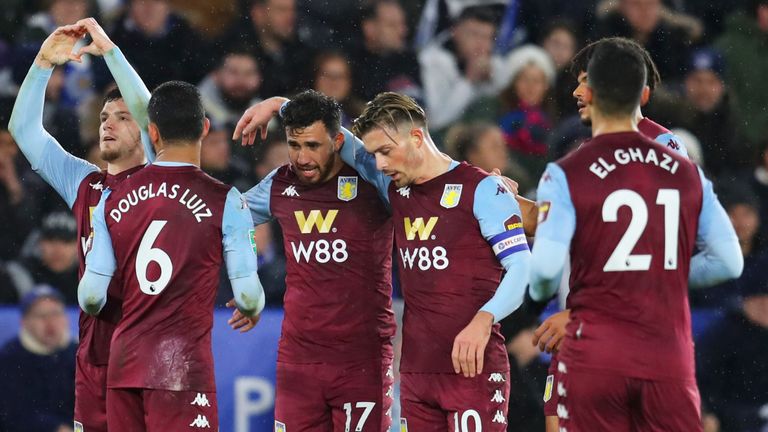 Man of the match: Tyrone Mings

Villa were sitting deep in an attempt to quell the threat of Jamie Vardy’s runs, but the Leicester striker did manage to get in behind twice in the opening quarter. On both occasions, however, he was denied by Orjan Nyland.

Leicester weren’t exactly banging down the door, but they were dominating the game and the opening goal on 28 minutes did come against the run of play. A swift attack saw Anwar El Ghazi drift out to the left where he played a ball across the box, and Guilbert arrived ahead of Ben Chilwell to prod home. 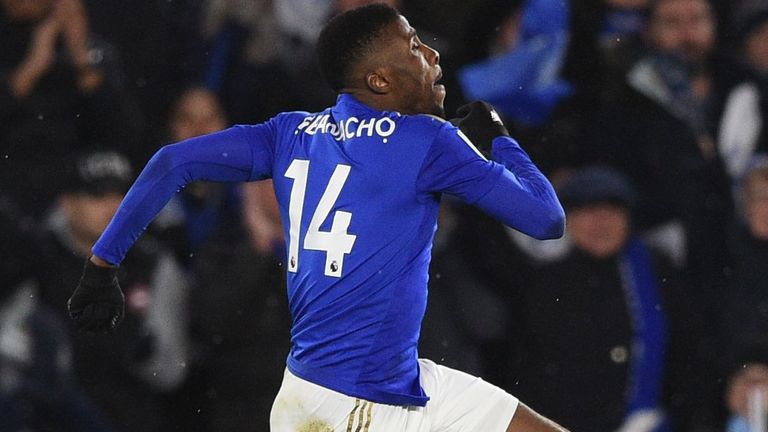 The goal saw Villa’s confidence rise, and they should have doubled their lead on 42 minutes. Grealish swung a dangerous free-kick into the area right onto the head of Ezri Konsa, who beat Kasper Schmeichel to the ball but rattled the crossbar with his attempt. It was a huge let-off for Leicester.

Brendan Rodgers switched things around at half-time as he introduced Hamza Choudhury for Dennis Praet in midfield, but Villa still looked relatively comfortable in defence. It took until the 63rd minute for Leicester to test Nyland again, as he kept out a fierce James Maddison effort from eight yards. Maddison went close again 10 minutes later, but once again Nyland was there to deny him from a tight angle.

Villa had defended brilliantly for 75 minutes, but a lapse in concentration allowed Leicester in for the equaliser. Douglas Luiz was caught in possession deep in his own half from a free-kick, and Vardy sprung to life to nick it and feed in Iheanacho. He then took a few touches to get into the box before hitting a powerful effort past Nyland.

From that moment it was only Leicester in the game as they sought a goal that would give them the lead in the tie. Vardy got in behind on 82 minutes but slammed an effort into the side netting, and there would be no further way through to leave the tie perfectly poised ahead of the second leg.

Leicester’s Brendan Rodgers: “We dominated the game but we were passive in the first half, played too slow. It was all a bit slow. We didn’t press the game enough. The goal we conceded we have to be stronger. But we stayed calm and speeded up the game, made more runs off the ball. Second half we were very good, they made some great blocks to stop us winning the game. Credit to them, they made it very difficult.

“It’s set up perfectly. We look forward to the second leg. Hamza Choudhury made a huge difference, it’s my fault that I didn’t start him tonight. We could see that we needed him and he gave us our identity back. Wilfred Ndidi is so good for us, he’s colossal, and we were too slow and not aggressive without him or Hamza.”

Aston Villa’s Dean Smith: “It wasn’t the performance I wanted, Leicester were the better team but we defended well at times. We have to be honest, they created chances as well. We were loose on the ball tonight, we’ve got to do better.

“I’m certainly content with a draw, just not the performance. We gave away a farcical goal. Ezri Konsa has got brain dazzled. A disappointing goal but it sums up some of our performance on the night. We did get in a lot of tackles and blocks.” 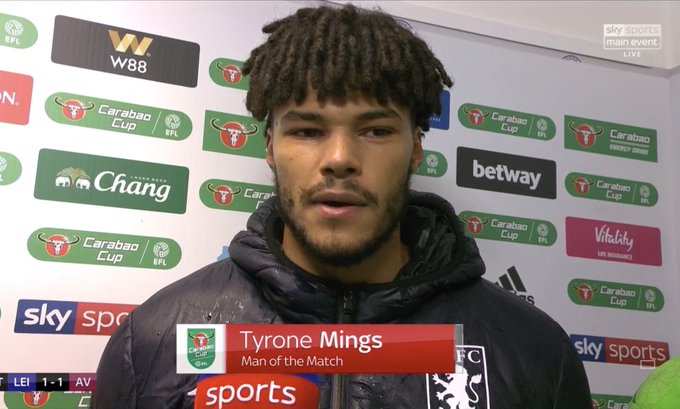 How Villa missed Mings over the Christmas period. The defender returned for their much-needed Premier League win at Burnley on New Year’s Day, and was superb again as Villa held off Leicester for long periods on Wednesday night. England boss Gareth Southgate was watching on from the stands and he certainly would have taken note of his performance.

Both sides are back in Premier League action this weekend. Leicester welcome Southampton at 3pm on Saturday, while Villa host Manchester City on Super Sunday, live on Sky Sports Premier League from 4pm. Kick-off is at 4.30pm.

Book Nook Shelf Inserts Are Really Cool, And Everyone Should Know...

15+ Stories That Prove the World Is Filled With Love and...

Australian Pink Robins Are Cute And Vibrant And Oh So Very...

Donkeys Are Actually The Cutest Animals In The World And I...

You can now own a fluffy mini cow – and they...