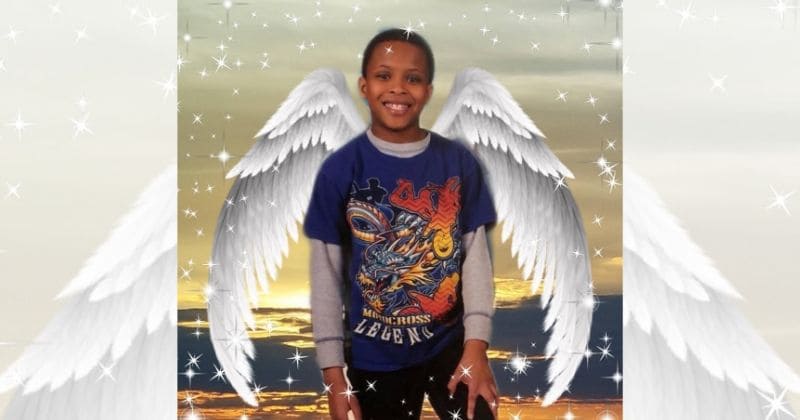 Donnie Bridges and Tami Charles, based in Kentucky, gave birth to their “miracle baby,” son Seven Bridges, ten years ago. Unfortunately, after he was born, Seven had to undergo numerous surgeries, including one (known as a colostomy) which involved the fitting of a colostomy bag. Also referred to as a stoma bag or ostomy bag, it is a small, waterproof pouch used to collect waste from the body. Colostomies are usually completed when someone’s abdomen is infected, if they’ve suffered an injury to their colon, or if there is a partial or complete block in their large bowel. While some patients only need to use the colostomy bag for a short while, Seven was required to wear it long-term as he would experience unexpected leaks on an intermittent basis.

This meant the 5th grader was forced to wear the bag to his school, Kerrick Elementary School. It is alleged that his classmates would tease and taunt him for his stoma bag. They also ridiculed him for the smell that came from his bowel condition. This eventually led to his tragic death. The terrible situation peaked, in September 2018, when an incident of bullying occurred on the school bus while he was traveling back home from school. Seven informed his mother that a student had called him the N-word, a racial slur.

When this took place, one of his friends suggested that Seven beat up the student in question. However, the boy refused. In response, his bus buddy began choking him. At the time, Seven stated, “I still can’t get him choking me out of my head. I was thinking, ‘Why is he doing that?’ I thought he was my friend.” Once his mother Tami was made aware of the situation, she ensured that her son got a CT scan and took to social media with a video that has since gone viral. In the video, she called out the school district, Jefferson County Public Schools (JCPS), for their lack of action.

“You [are not going to] call him [the N-word], choke him, and tell me you handled it. Did you? Did you?” The mother recorded herself asking. In the 12-minute video, she also accused the assistant principal of Kerrick Elementary of avoiding her and, more importantly, ignoring the issue at hand. “Do you guys have anything implemented on what happens on the victim’s side?” She asked. Tami also claimed that there was no referral, incident report, or paperwork filed regarding the incident, which only worsened the situation.

Originally, the district did affirm that the bus driver on duty addressed the incident, confirmed that there was no sign of injury, and then filed a report the next day. However, when WHAS11 requested a copy of the report along with the bus surveillance footage, neither the school nor the school district responded. An official investigation was subsequently launched. Following the incident, Seven, optimistic as ever, said, “I know that I can get it out of my mind, and tomorrow is like a better day, so I can still make friends with him.”

Following the episode, the situation clearly did not improve. Tami had come home from the grocery store one day to find that Seven had killed himself in the closet. Her husband, Donnie, was at a church choir practice. “I saw my son dead. That’s something in my head,” Tami stated. Donnie added, “For the few minutes that we left, he didn’t want us to see that.” At only ten years old, Seven had taken his own life because of the cruelty and insensitivity of other students his age. More notably, had the school acted swiftly and with more diligence, Seven’s death could have been prevented entirely.

Regarding the incident, an official from the school district, Renee Murphy, stated, “We are devastated. Our hearts are breaking for this family. This school community is hurting right now.” Now, Tami is planning to take legal action against the school and may even involve the school district. She explained, “The balls that were dropped, it wasn’t that JCPS didn’t have these tools, they just weren’t at our school. It wasn’t that they didn’t have these tools to help the victims of bullying, they just weren’t there, they weren’t used.”

Seven was set to attend W.E.B. DuBois Academy next year to begin 6th grade. Tami lamented, “We kept telling him this will all be over.” The Charles-Bridges family was excited for Seven to have a fresh start at a new school where his condition would be kept private and confidential. Tami hopes her son’s story will reach bullies across the country, help them recognize the deep-seated issues with their behavior, and influence them to change for the better so they can be part of a kinder, more empathetic community.

At present, Seven’s parents have established a GoFundMe page in order to cover their son’s funeral expenses. Due to the nature of his death, insurance will not compensate for the costs. The page reads, “[Seven’s] death is an example of what can happen when we choose not to take the issue of bullying seriously.” While Tami ensures her son’s death is honored and no child has to experience a similar situation, individuals from across the country have reached out to help the family. Seven’s wake is scheduled for February 1 and the funeral will be held on February 2.

This Guy Crashed His Sister’s Wedding With A Llama, Just As...

Couple With Down Syndrome Prove Naysayers Wrong And Celebrate 24 Years...

The best places to travel in Peru: Top 6 tourist attractions...